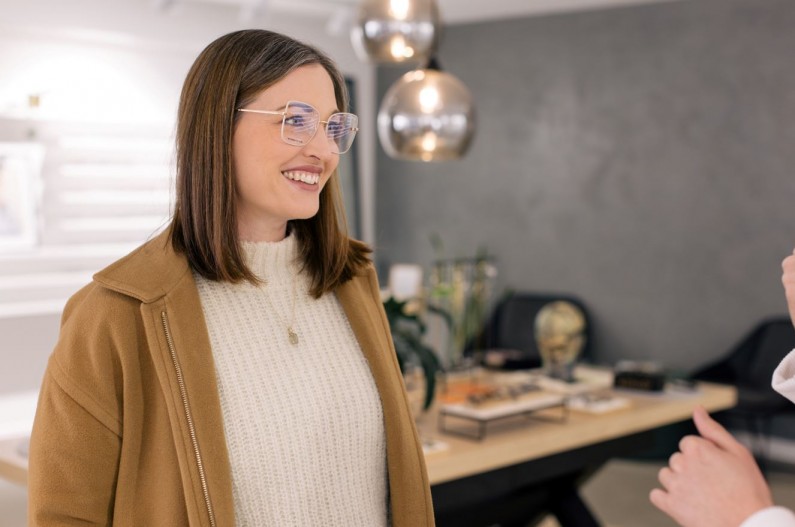 Three years ago, a viral tweet caused quite an upheaval, with every second person claiming that they ‘most definitely’ have an eye condition. The tweet? Unusual Facts showed two images side-by-side, trying to illustrate the difference in vision for someone with astigmatism, compared to someone without.

According to experts, the illustrative viral image of “how someone with astigmatism would see” was most likely just an image of camera glare. Although not a completely accurate representation or at-home-test, the positive outcome did result in people suddenly becoming aware of those around them that might have – you guessed it – astigmatism.

Just take a look around you. There’s a good chance that there are a number of people wearing glasses. And even though you can’t tell, many others are wearing contact lenses. Common assumption might be that these people are wearing corrective eyewear due to hyperopia or myopia, but statistics show it is quite likely that it is actually astigmatism.

So, what exactly is astigmatism?

Astigmatism is a type of refractive error. This means that light entering a person's eye does not focus correctly on the retina (the image-gathering tissue on the inside of the back of the eye).

Sometimes, the cornea (the see-through structure in front of your pupil) and/or lens (the see-through structure behind the pupil) are shaped irregularly. In order for you to see images clearly, both the cornea and lens have to work together to focus light onto the back of the eye. When one or both of these structures are abnormally shaped, light does not focus properly. And hey presto! Your eyesight might be slightly blurry, because you have astigmatism, a common eye refractive error.

Astigmatism does not discriminate…

Yep – you read right! Contrary to some other refractive errors or common eye diseases, astigmatism can affect people of any age. Sadly though, those affected can be near-sighted or far-sighted too. It's generally believed that there is at least some hereditary component to astigmatism, but the exact cause is not always known.

It’s all in the shape…

As we explained before, astigmatism is caused by the shape of the cornea. But what shape should it be then? Well, normal corneas are in fact shaped like a tennis ball, but, if you have astigmatism, your cornea would be slightly more rugby ball (or egg) shaped. And because it is not perfectly round, light cannot focus evenly onto your retina, located in the back of your eye. This causes vision to be slightly blurred or distorted – just as the viral tweet tried to demonstrate.

Mild cases of astigmatism may have no effect on vision, while other people will notice their astigmatism more as they age. Sometimes, we might even not register our eyes straining. You might feel slightly more tired than usual or have a headache or two – but who doesn’t? If you have any concerns at all, we do recommend you book some time with one of our optometrists to discuss this. It might be nothing at all, but rather be safe than sorry.

It can get better than this…

Treatment usually includes prescription eyewear, such as glasses or contact lenses– an easy fix. Our optometrists will be able to assist with a personalised management plan.

Thinking you’ve got it all sorted and being diagnosed is the worst it can get? Think again! Astigmatism is known to get worse (although it doesn’t happen too often). Reasons for it getting worse might include trauma, dry eye or simply some bad habits such as excessive squinting or eye rubbing (one of the reasons your optometrist might have strongly discouraged your early morning eye rubbing routine…).

More often than not though, astigmatism remains stable or changes gradually as we age (for example, when the cornea becomes increasingly oddly shaped due to a natural loosening of our muscle tone). When these changes occur, your prescription might just be due for a slight adjustment.

Overall, according to researchers, in most cases astigmatism remains relatively stable until 50 years of age, increasing faster after age 60.

When left untreated, blurry vision can be incredibly frustrating and even harmful. If you are experiencing any issues with your vision, don’t wait to schedule an appointment with one of our optometrists.

Let’s make sure your life is less blurry from here on out.